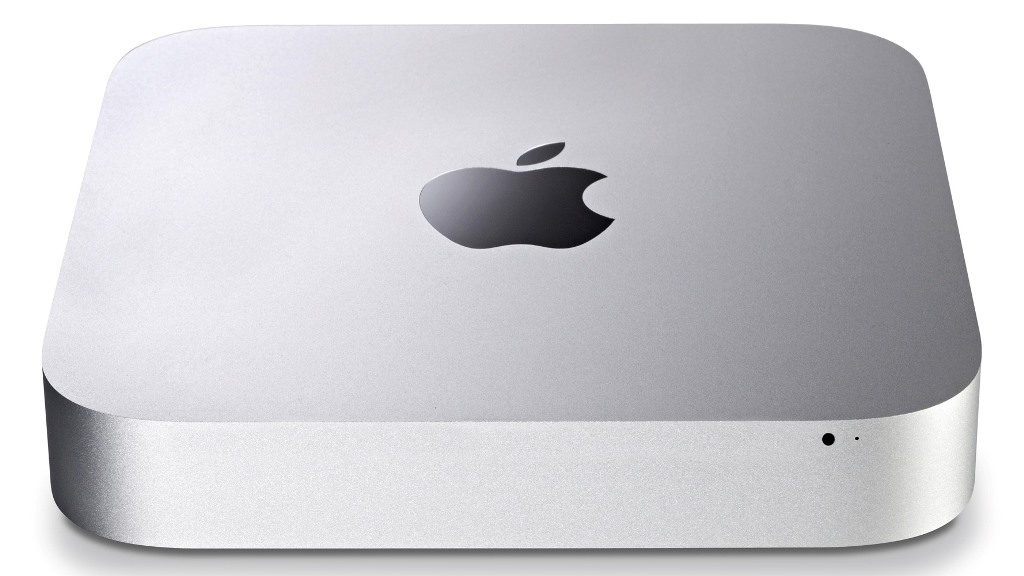 Apple servers are, traditionally, large, expensive and complex to manage, limiting their appeal to bigger companies with deep pockets and plenty of in-house expertise.

However, that’s no longer the case, following the introduction of a much cheaper and simpler Apple server platform based on the same hardware as the Mac mini desktop.

What Is It and Who Is It For?

First introduced at the end of 2009, Apple’s Mac mini with Snow Leopard Server is aimed at small businesses and workgroups looking for information sharing and support for collaborative working.

More specifically, it’s designed to be deployed and managed by customers with limited technical expertise who, nonetheless, want to take advantage of the latest Web-based technologies, such as blogs, wikis and podcasts, as well as more conventional e-mail and file sharing services.

Existing Mac users make up the bulk of the target market, but it’s not exclusively Mac oriented with support also for Windows file sharing and client access.

The product comprises both hardware and software with the hardware effectively an implementation of the incredibly tiny Mac mini desktop machine with a few bits added and a couple taken away.

The software is, similarly, based on the same Linux based Mac OSX 10.6 (Snow Leopard) OS used on the Mac mini desktop, but with additional tools and services to create the Mac server implementation.

The latest implementation of the product, released in June, is based on the now, even more compact, Mac mini with an all new same sleek aluminium ‘unibody’ enclosure.

It also features an integrated power supply rather than external AC brick, with reduced power requirements— down to an incredibly modest 11 Watts when idle.

Of course, there are changes compared to the desktop Mac mini. The Intel Core 2 Duo processor, for example, is uprated to 2.66GHz and the RAM doubled to 4GB, with the option of doubling it again to 8GB should the need arise.

A circular hatch in the base also makes this a lot easier, plus it’s now an officially sanctioned option.

The DVD drive is jettisoned (an external CD/DVD drive can be attached if needed) and instead of a single 320GB SATA hard disk you get a pair of 500GB drives with a faster 7200rpm spin speed, giving an overall capacity of just under 1TB.

Effectively 2.5-inch laptop disks, the built in storage is far from heavy duty, but up to the needs of the target small business network market.

Moreover, although there’s no eSATA support, additional storage can be added using the four USB 2.0 ports or FireWire 800 connector at the rear.

A Bluetooth 2.1 interface is, similarly, built in plus an SD slot able to accommodate the latest extended capacity SDXC cards.

The 64-bit Snow Leopard OS comes pre-installed on one of the disks and delivers a range of services starting with file sharing using both Apple and Windows protocols.

An updated e-mail server with new push notification and server-side rules processing is also built in, along with CardDAV address book and iCAL calendaring servers, also enhanced in the latest release.

Web hosting is another core feature with an enhanced wiki/blogging server and simple Web user front-end to make accessing this and other options very easy to access and use.

A tool to help create podcast is another bundled option, as is support for Apple Time Machine backups, both of the server and client systems.

The Mac mini can also be configured as an Internet gateway complete with firewall and support for VPN remote and mobile access.

The new mini Apple server retails at £766 (ex. VAT), for which you get the complete package comprising both the Mac mini hardware and the Snow Leopard Server software (£335 ex. VAT, if bought separately).

With the previous versions the number of clients was limited unless you paid extra, but the new OS is licensed for use by as many clients as you want.

A monitor isn’t included, neither do you get a keyboard or mouse as part of the deal.

However, you only need these extras for initial setup or even not at all as it’s also possible to configure and manage the Snow Leopard Server OS remotely.

Remote setup isn’t particularly easy so we plugged in a local USB keyboard and mouse and attached a monitor using the HDMI to DVI adapter included in the box.

We were then stepped through a semi-automated setup routine, kicked off by a Server Assistant utility that starts automatically when the box is powered up.

Using this we configured the basic server setup, after which we used the now much extended Server Preferences tool to configure users and groups and customise the various service settings.

Once we’d done all that we were able to unplug the local peripherals, re-boot the server and handle day to day management remotely using the software supplied.

Note, however, that a Mac client is needed to run the tools included in the box and for Windows you either have to plug the screen, keyboard and mouse back in or connect using a remote desktop tool.

Does It Do It Well?

Lack of size is one of the key attributes of the Mac mini server. It really is a lot smaller than a more conventional Mac or Windows server.

Smaller even than a lot of network attached storage appliances, many of which offer similar file sharing and hosting services and, as such, could be viewed as competitors to the Apple product.

As such it’s not difficult to find a home for the Mac mini server, even in an open plan office or tucked away in a cupboard.

As might be expected, the Apple server works best when accessed from a mac client where services such as file, address book and calendar sharing are automatically configured on connection and very easy to use.

That said, we had few problems integrating the server into a Windows network and when connecting from a browser it doesn’t really matter what platform you’re using.

Pricewise it seems a little expensive given the relatively modest hardware spec.

However, the Snow Leopard OS is included and you don’t have to buy client access licences as with Microsoft’s Small Business server, against which the Mac mini will often be compared.

Indeed on Windows Small Business network you could end up spending the cost of the Mac mini server package on client access licences alone.

Where Does It Disappoint?

Apple has done a lot to make the Mac mini server easy to deploy and manage.

We also found the Web-based mail client somewhat disappointing, with an out-dated interface compared to most alternatives.

And lastly we’d like to see support for eSata attachment of external storage. USB and FireWire are all very well but the former is limited in terms of speed and the latter by lack of industry support.

Would We Recommend It?

For small businesses where Apple Mac is the predominant desktop the Mac mini with Snow Leopard server makes a lot of sense.

It’s small and very efficient, and provides most of the file sharing, workgroup collaboration and other services such companies need.

It’s also easy to manage and in such situations a cheaper and better alternative to a Windows server.

As the number of Windows desktops increases, however, a Windows server starts to make more sense and we can’t see many all-Windows networks opting for the Mac mini instead.

Scalability could be an issue on larger networks too, and in companies where large amounts of data need to be stored and shared a NAS appliance could be a better choice.

Yes it’s small and looks cool, but bear in mind that a lot of what you can do with the Mac mini server can also be done via hosted services.

These, typically, cost less, are even easier to manage and, with the server hardware located elsewhere, take up no space at all.

VoltDB Comes To Market As An Open Source Database